What is Music Notation? Why Notate Music?

We will split these two main concepts into a couple lessons: first we will focus on learning how we notate pitch, and then we explore notating rhythm.

People had spoken language long before they ever thought to write down their ideas. Similarly, people made music for thousands of years before anyone felt the need to notate it. When we notate music, just as is the case with the written word, music becomes easier to study, preserve, and share when it is written down.

There are many systems for writing down music. For example, one notation system called tablature, or "TAB", is encountered frequently on internet sites for learning guitar, bass, and ukulele music. But by far the most widespread, detailed, and efficient way to write music is a system most commonly referred to as Standard Notation. This is the notational system we will be learning in this course. 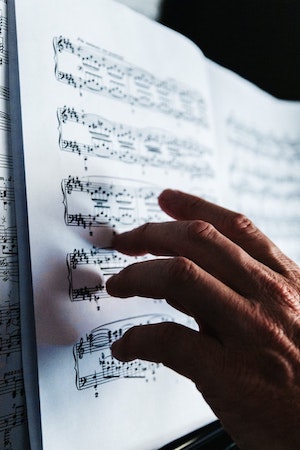